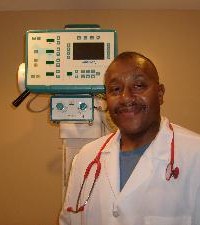 Dr. Washington started the ECVH in 1981 after graduation from The Ohio State University College of Veterinary Medicine. His dream was to establish a Veterinary practice that serves the needs of the community. In achieving his vision, he provides high quality, affordable veterinary care-with compassion! Dr. Washington also cares deeply about the downtown and the East Columbus neighborhoods. He has been involved in numerous civic and community initiatives. This includes mentoring students, participating in career days at local schools and being involved in community programs for troubled youth. He has worked with the Livingston Avenue Business Association, The Fountain of Hope, the Big Brother Program and Toastmasters.

Dr. Washington is retired from the U.S. Army Reserves, completing 26 years of service and attaining the rank of Colonel. He has completed three combat tours of duty, serving in Uzbekistan, Afghanistan and Kuwait. He was awarded the Bronze Star Medal twice for his outstanding military service, and received the Legion of Merit for outstanding service over his career.

Dr. Washington is happily married to his wife Janet. They have 4 children, three grandchildren and two “senior” kittens.

Hobbies and special interests include: exercise, playing the trombone (jazz and blues) and traveling. 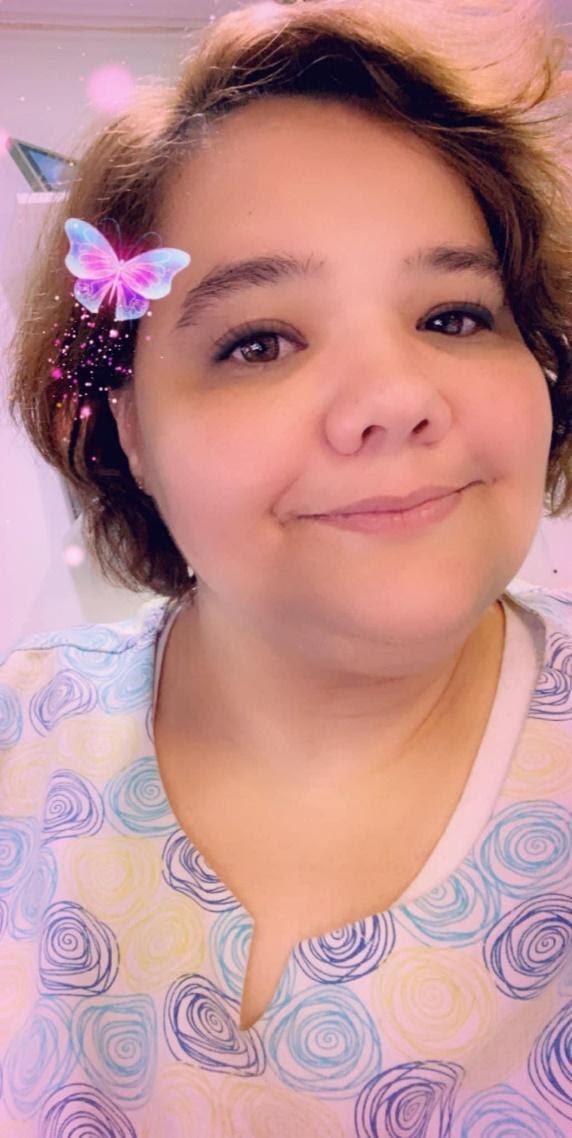 Lesa interned with us while she was in school at Columbus State but always kept in touch. She then received her Veterinary Technology degree and started working in the Research area at Children’s Hospital.

September of 2005 we needed someone to help fill in on Saturdays and Lesa was more than happy to become part of the staff.

Lesa was born in Washington State. She enjoys traveling, decorating, gardening, and hanging out with people she considers her family.

Amanda Stiffler grew up in Pataskala Ohio on a farm with cows, chicken, geese, dogs, and cats. She moved to the suburbs when she was 16 and graduated from Reynoldsburg High School. Amanda’s passion has always been for dogs. She worked at Halo Animal Rescue Shelter in Phoenix Arizona while going to school for Vet Tech at Anthem College Phoenix. Amanda’s favorite breed to work with are pit bulls. Amanda have no children so the animals are her children. 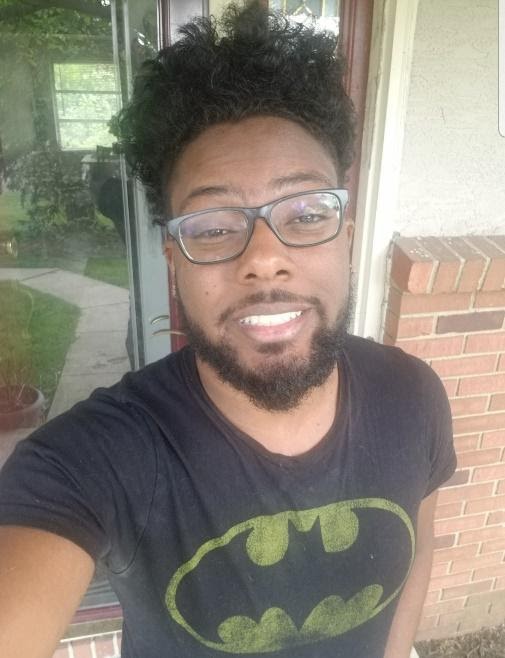 Ryan started as a student intern at ECVH winter of 2012. Then shortly after became part of the ECVH family in 2013. You might see him in the clinic running around like a chicken with his head cut off or showering every puppy or kitten with love.

Ryan graduated with honors from Franklin University in 2019 with a degree in Healthcare Management.

In his free time he enjoys spending time with his two Yorkshire Terriers Benji and Bubbles and his Cat Lilly. 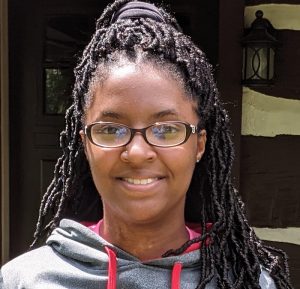 Monica Rushton joined the staff of East Columbus Veterinary Hospital as an intern in 2016 and has worked as a receptionist since 2017.

Monica was born and raised in Columbus, Ohio along with her brother. She is a graduate of Bowling Green State University, with a bachelor of science degree in biology. She will be starting nursing school in the fall of 2021.

She has two beloved pets, a dachshund named Woody and a lizard named Remi. She enjoys reading books, baking tasty desserts, playing the clarinet and oboe and singing show tunes.

Patricia has been a fixture at ECVH since 1996. Her dedication to our clients and their animals is well known to anyone who has the opportunity to meet her. She is very serious about helping senior citizens take care of their pets, taking her own time to pick up and return pets to their owners who are home bound.

Patricia is the proud mother of two children and two grandchildren.

The pets in her life currently include Princeton and Blu.

Her interests include, church, horseback riding, fishing, canoeing/kayaking, and camping. 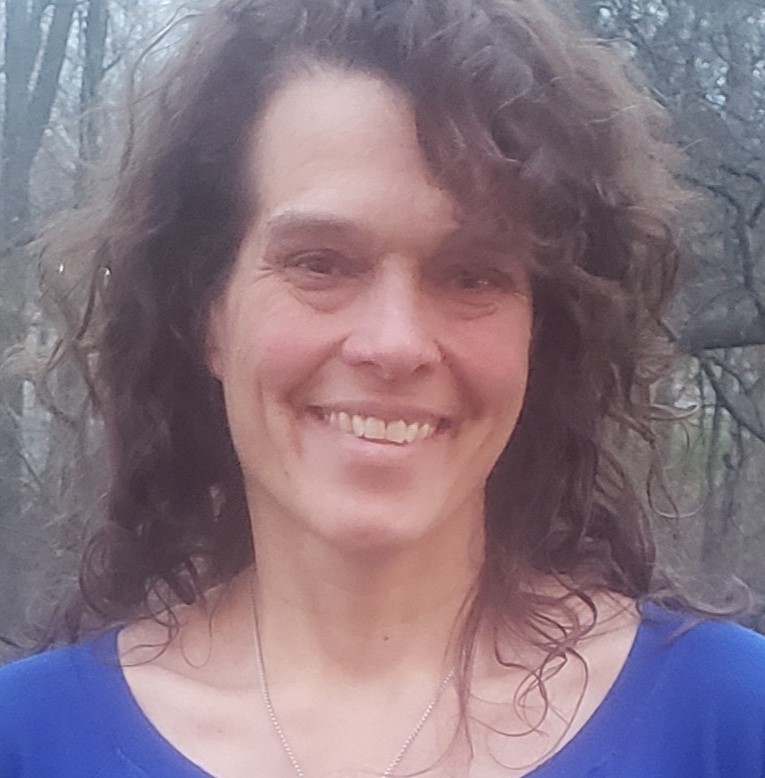 Diana Zimmerman was about 4 years old when her parents started using Dr. Washington as their Veterinarian. I remember a couple of times when I went for an appointment, I came home with more animals than I went there with. I have always had a soft spot in my heart for animals, which is why I became a Veterinary Technician. I obtained my Veterinary Technician schooling from Columbus State Community College. After Graduating I started working as a Veterinary Technician as well as Groomer for Dr. Washington. I worked for him for about 9 years before I met my husband and relocated. Over the years, I would come in if they needed help for grooming while raising my family. Now that my kids are older, I am able to work with Dr. Washington once again. I love bike riding, 4 wheelers, hiking, and horseback riding. 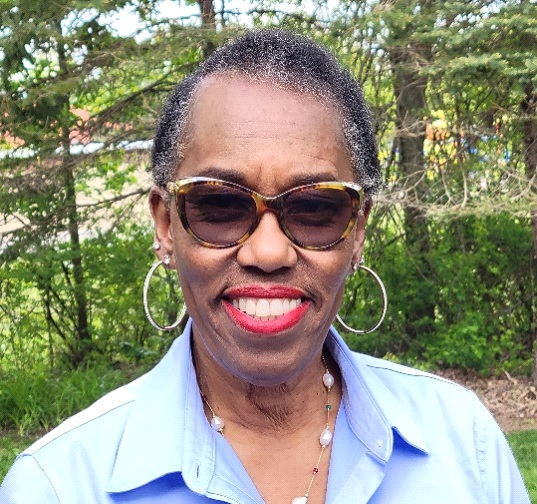 Joyce joined the staff of East Columbus Veterinary Hospital in April of 2006. She serves as our Administrative Assistant doing many customer service related tasks. She is one of the friendly people who will call you for customer service follow-up, managing our payment plans, and social media.

Joyce is a native of Meherrin, Virginia. She graduated from Cortez Peters Business School, and has over 30 years of experience in the administrative field. She is also very computer savvy, which comes in handy for us.

Joyce is married with two adult children and two grandchildren. She loves to travel, cook, and stay fit with exercise and line dancing. 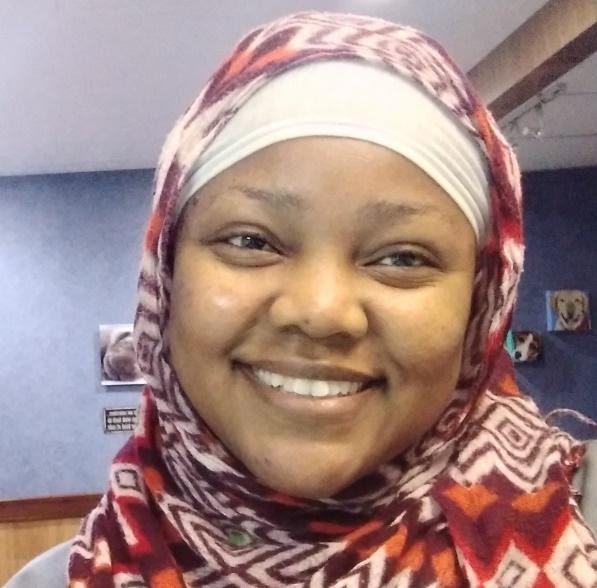 Muslimah joined the staff of East Columbus Veterinary Hospital in 2013 and works as a receptionist and accounting technician.

Muslimah was born and raised in Columbus, Ohio. She comes from a large family of 9 children. She is a graduate of Franklin University, with a Bachelor of Science degree in Accounting.

Although she currently does not have any “fur babies” at home, she enjoys other people pets.. She enjoys spending time with family/friends, reading, dancing, traveling, volunteering and discovering new cool places to take her nephews for fun. 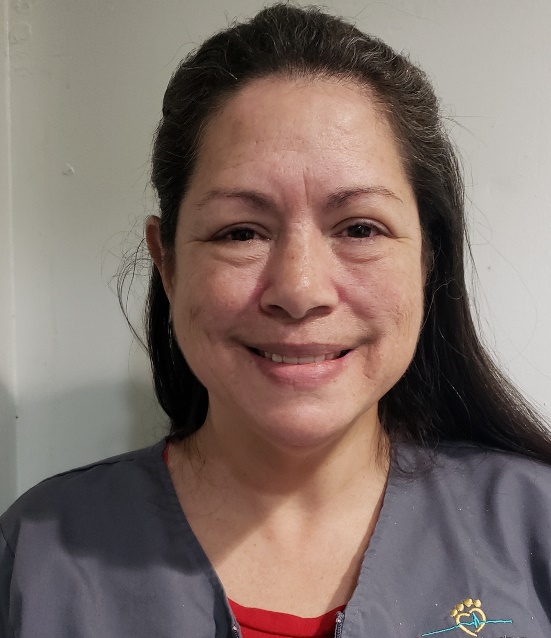 Sheila Colon joined the staff of East Columbus Veterinary Hospital, on April 2022. Sheila is originally from Puerto Rico and lived in Florida for 38 years until January 2017, when she moved to Columbus, Ohio.

Sheila is a mother of 3 adult men and a grandmother of two beautiful grandsons. She is a bi-lingual interpreter for the Spanish community. She has over 20 years of customer service experience.

Sheila enjoys going to church, work and crafting. Sheila has been married to her husband for 8 years.